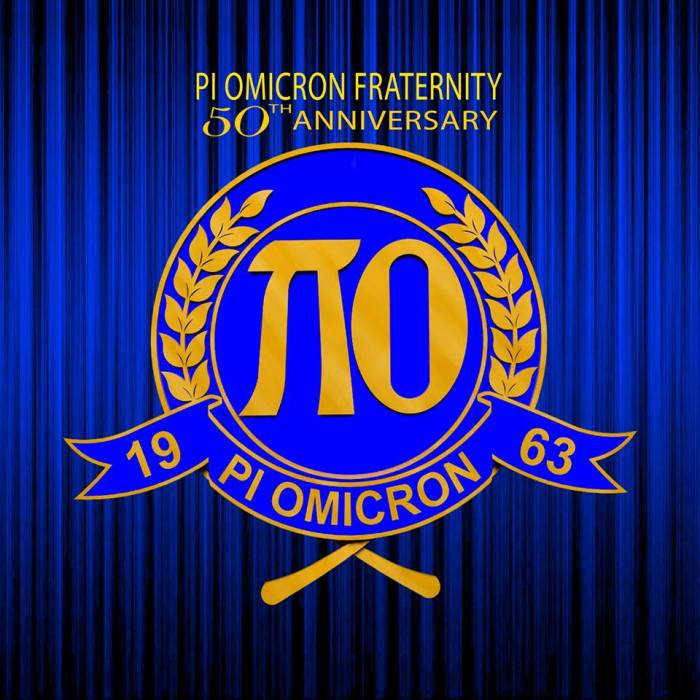 This first BLOG about the PI OMICRON FRATERNITY to which I belong will commence a 15 part series of various stories about the colored and storied life of the fraternity itself and personages who contributed to the fraternity’s more than 50 years of existence. As a 1967 recruit, the fraternity at that time being only 4 years old; I feel I have collected a trove of memories and experiences that could surely guide its future leaders towards its sustained trek towards excellence.  For without knowing the past, we will be hard-pressed in charting the future.

On December 15, 1963 a group of TWENTY-SIX (26)  students from the University of the Philippines in Diliman trekked to  San Carlos Heights in Binangonan, Rizal where they conducted some kind of a ritual. The highest point in San Carlos Heights which featured a commanding view of the metropolis (as though announcing to all and sundry below that an event was happening up in the heights)  served as venue for the self-imposed initiation rites. 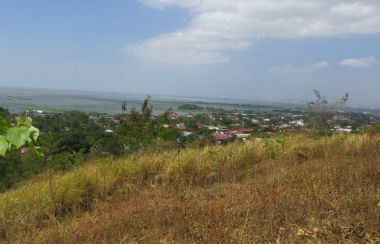 In the ensuing rites,   each one of them inflicted upon another a couple of whacks from a sturdy paddle and each one too, would sprint out a grueling run into a gauntlet whereby one would do a run-through (i.e. one by one) while the others would throw in the buckle of his belt to add more pain, obstacle, barrier into the passage way. 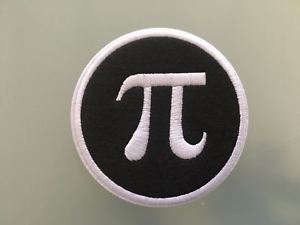 The title of PI OMICRON, consisting of TWO (2) words, was actually taken from the 16th and 15th letters of the Greek alphabet. The two Greek letters (i.e. PI and OMICRON) stand for “PUSH ONWARD”, the guiding principle of the members- to overcome the inevitable trials and challenges of life with courage and determination.

The foregoing principle is amply supported by the animating presence of the spirit of brotherhood and unity among its members.

As envisioned by the founding members, eventually referred to as the CHARTER MEMBERS, membership in the fraternity shall not be limited to students from various campuses of the University of the Philippines (“UP”) but will also be available to students of other universities and colleges not related and/or affiliated with UP. These students-members who came from families originating from all walks of life  were in pursuit of attaining scholastic excellence through diverse collegiate courses in the field of the arts and the sciences.  who eventually will practice their chosen profession for the betterment of the Philippine society. Ultimately, it was the vision shared by all of the CHARTER MEMBERS, that the membership of these students-members shall similarly be acknowledged upon enlistment unto  a distinct and higher aggrupation, which is the Pi Omicron Alumni Fraternity.

On the other hand, the third man in the triumvirate, Brod Jun Cosio was from Santa Cruz, Laguna, the same place where I was born.

I truly felt some sort of affinity to Brod Jun Cosio not only because we share some the same roots in Santa Cruz, Laguna; but that the first husband of my late mother, Norma Rivera Tobias, was a Cosio, the full name, if my memory serves me right, is Benjamin Cosio. This first husband of my late Mom however died of pneumonia SIX (6) months after their marriage, at a time when pneumonia was still then considered as one of the leading causes of death in the country. However, I never had the chance to  talk about this and trace whether Brod Jun was a close kin of the Late Benjamin Cosio.

Going back to the PI OMICRON Fraternity….Those who attended the rites were eventually labeled as the charter members of the PI OMICRON FRATERNITY. Among the brods who were CHARTER MEMBERS and whom I can remember, aside from the foregoing triumvirate,  are the following fraternity brothers:  Jules Amper from Llorente, Eastern Samar; Renato De Luna from Candelaria, Quezon; Roman Ilagan Dinglasan from Batangas City, Batangas; Ysmael Gagolingan from Sariaya, Quezon; Ernesto Huliganga from Parañaque City, Metro-Manila; Orlando Javier from Amadeo, Cavite; Reynaldo Lumbad from Parañaque City, Metro-Manila; Arturo Q. Maggay from Puerto Princesa, Palawan; Teofilo Martinez from Asingan, Pangasinan; Florante Medina who was a native of Angono, Rizal; Rene Monforte from Pandacan, Manila; Fiorello Palomera from Sariaya, Quezon; Wilfredo Reyes from Pandacan, Manila; Efren Ty from Project 4, Quezon City; and Bannawag Velicaria from San Fernando, La Union.

Brod Jules Amper designed the PI OMICRON seal which is displayed at the frontispiece of this BLOG. On the other hand, Brod Pons Soriano was the one who composed the lyrics and the melody of the PI OMICRON HYMN, which goes this way (and is sung via the accompaniment of a marching band in ala martial music) in supposedly cadence-type manner:

YOUR SONS ARE BRIGHT AND STRONG!

CARRY ON, CARRY ON!

MAY THY MEMBERS BE, MEN OF LOYALTY!

LOYAL TO GOD AND COUNTRY,

AND TO THE PI OMICRON FRATERNITY! 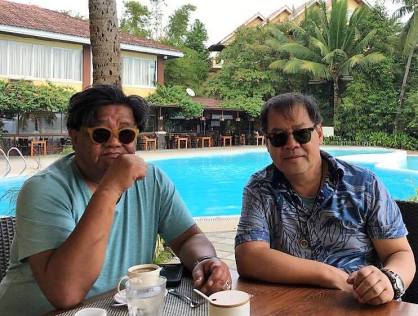 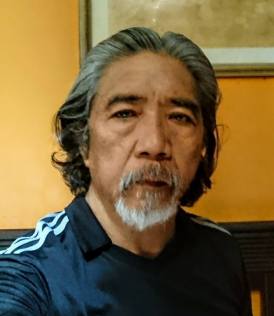