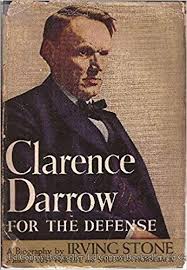 I remember when Atty. Castro was my professor at the UP College of Law in Trial Technique, he narrated a story when he was still a young boy in his native town in Big-aa (now the town of Balagtas) in the province known as Bulacan. If my memory serves me right, he told the class that he witnessed a court proceedings one day as his kin became a party to a law suit. And he was so frightened and scared while he sits alone at the back, and at the far end portion of the court room on an isolated chair. Perhaps, his parent who brought him has nobody at home, to attend to and look after him. The young Dakila Castro, never thought then that some day, he will be an expert legal technician and luminary who would awe his co-lawyers in court with his legal skills and   virtuosity.

On the other hand, my kumpadre and friend, Atty. Ramon M. Maronilla (“Atty. Mon”), was Atty. Castro’s protégée and ward. Atty. Mon is a street-smart lawyer brimming with witticism and wholesome wisdom.

As any new lawyer aspiring to become a competent practitioner would be wont to do, Atty. Mon upon his graduation from the UP College of Law in 1972, applied with the Dakila Law Castro Law Firm at its office along Timog Avenue near corner Tomas Morato Avenue in Quezon City, Metro-Manila. When Atty. Castro glanced over and perused through Atty. Mon’s transcript of records which contained Atty. Mon’s grades during his stint at the UP College of Law, Atty. Castro spoke in a chortle and said in the vernacular: “BATA, PAANO NAMAN KITANG KUKUNING ABOGADO DITO SA AKING BUPETE, EH PURO PASANG-AWA ANG MGA GRADO MO AH.” [English translation: Oh boy, how would you expect me to get you into my law office, your grades are all barely passing.”] 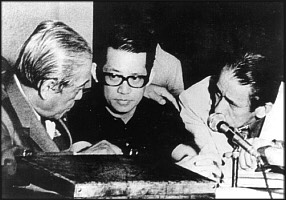 And that exchange, started a long period of mentorship and friendship between the two distinguished lawyers.

At that time, the legal services of the Dakila Castro Law Office was engaged by an accused in a purported smuggling of guns and ammunition case. As during that time, in regard to the proceedings in military tribunals where their dockets then were relatively light, proceedings were swift and expeditious. Thus, after the prosecution rested its case, Atty. Castro commenced to present evidence for the defense. While presenting the accused, Atty. Castro produced and presented a document which purports to be an importation permit that would belie the charge of smuggling.  The problem however was that the document presented by Atty. Castro was emblazoned on the document’s masthead with the rubric: “HIGHLY CONFIDENTIAL” and below it was the phrase: “DISTRIBUTION RESTRICTED”.

The military colonel who was serving as prosecutor took a glance at the document which Atty. Castro was flaunting, and as though ready to pounce like a tiger towards its prey, the prosecutor bombastically declared: “Your Honors, the mere possession of the document being presented by Atty. Castro is a criminal act by itself. I therefore move that Atty. Castro be arrested and put in jail outright for this criminal act of possessing a highly confidential document.”

When Atty. Castro heard the colonel’s diatribe, Atty. Castro, as though shot by a cupid’s arrow direct into his heart, limply fell  and got slumped into his chair holding on to his chest with a terrifying grimace  on his face. Atty. Mon who was then assisting Atty. Castro got so frightened as he immediately suspected a case of a fatal heart attack. Thus, Atty. Mon called out and hollered for help as he held and embraced Atty. Castro in his arms: “TUBIG, TUBIG PO!” [English translation: “WATER, WATER PLEASE!”]

Thereupon, Atty. Castro whispered unto Atty. Mon’s left ear:  “Mon, umaarte lang ako, iniisip ko pa kung ano ang isasagot do dito sa lokong gusto akong ipaaresto at ipakulong. Umarte ka na rin Mon.”[English translation: “Mon, I am just acting out a heart attack as I am still thinking and organizing my thoughts on how to reply to this rascal who wants me arrested and jailed. Mon, you have to do some acting too.”]

After a while, Atty. Castro stood up with much difficulty, while Atty. Mon did the motions of strenuously propping Atty. Castro up, who was still grimacing in pain, now clutching on to his chest with his right hand while his left hand was tugging on to Atty. Mon’s right arm.  And Atty. Castro mumbled as though trying to catch his breath: “Your Honors…with all due respect…I have been practicing law for the past 40 years, and this is the only time that I have encountered such arrogance and boorishness…a person who thinks he is the prosecutor, the judge and the executioner, all rolled into one…”. Then, Atty. Castro fell once more unto the floor as Atty. Mon acted out his part so beautifully as he shrieked: “AYAN! AYAN! INAATAKE NA NAMAN SI ATTY. CASTRO; KAILANGANG MADALA KO NA SIYA SA OSPITAL!” [English translation: “THERE IT GOES AGAIN, ANOTHER HEART ATTACK, I MUST BRING HIM TO THE HOSPITAL QUICK!”]

And the chief magistrate among the panel of the military tribunal jurors, frightened perhaps with the thought that the death of an eminent lawyer would happen within their premises, quickly pounded the gavel and declared: “HEARING ADJOURNED! LET’S RESET THE HEARING TO ANOTHER DATE! ATTORNEY MARONILLA BRING ATTORNEY CASTRO TO THE HOSPITAL QUICK!”] 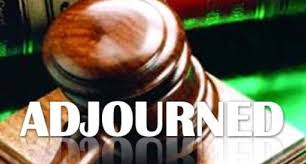 One thought on “THE PHILIPPINES’ TOPNOTCH CRIMINAL LAWYER, ATTY. DAKILA CASTRO, AND MY FRIEND ATTY. MON MARONILLA DURING MARTIAL LAW”