The fiercest battle fought by our SOLDIERS,

For it was freedom that everyone YEARNS…

In a foreign land which is a bit north YONDER;

At a latitude where the temp is very much COLDER!

Our soldiers were not in fact,  in proper ATTIRE,

For WINTER CLOTHING, is not our country’s STYLE;

It was the coldest period then in the KOREAN PENINSULA…

Our soldiers’  boots were seemingly like that of CALIGULA!

It was the BATTLE OF YULDONG in April TWENTY-TWO,

That was in 1951 when the CHINESE FORCES THREW…

What they termed as their final SPRING OFFENSIVE,

To win the KOREAN WAR with a militia that’s so MASSIVE!

It was the 10th BATTALION COMBAT TEAM…

Which was the first that our country SENT;

Heeding the urgent call of the  UNITED NATIONS,

The men of the 10th BCT never even asked QUESTIONS! 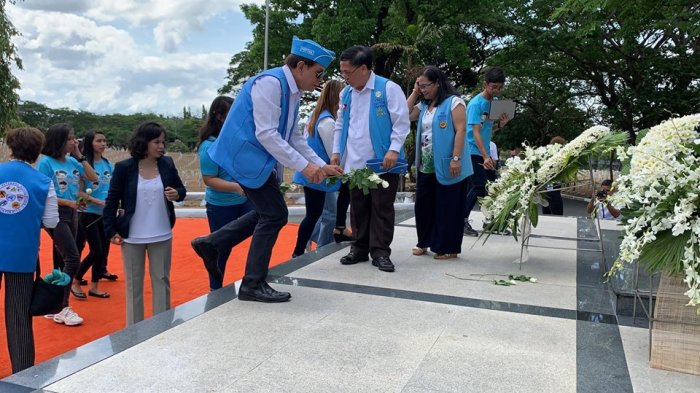 Though we just passed thru a WORLD  WAR,

There never was any DOUBT or HESITATION,

It was to give succor and help to a FRIENDLY NATION!

For as HEAD of the entity that gives VETS those BENEFITS;

Every word he utters consoles the VETS like they’re TREATS! 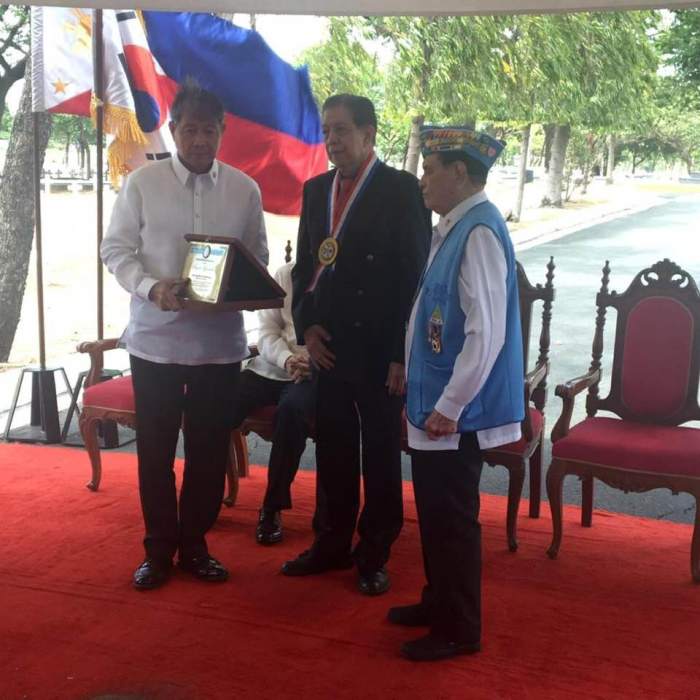 As Prexy MAX YOUNG said in his SPEECH,

Filipinos and Koreans are BLOOD BROTHERS to KEEP…

In WAR, we gave the SOUTH KOREANS AID and SUCCOR,

In peace, now the South Korean people is helping us with FERVOR! 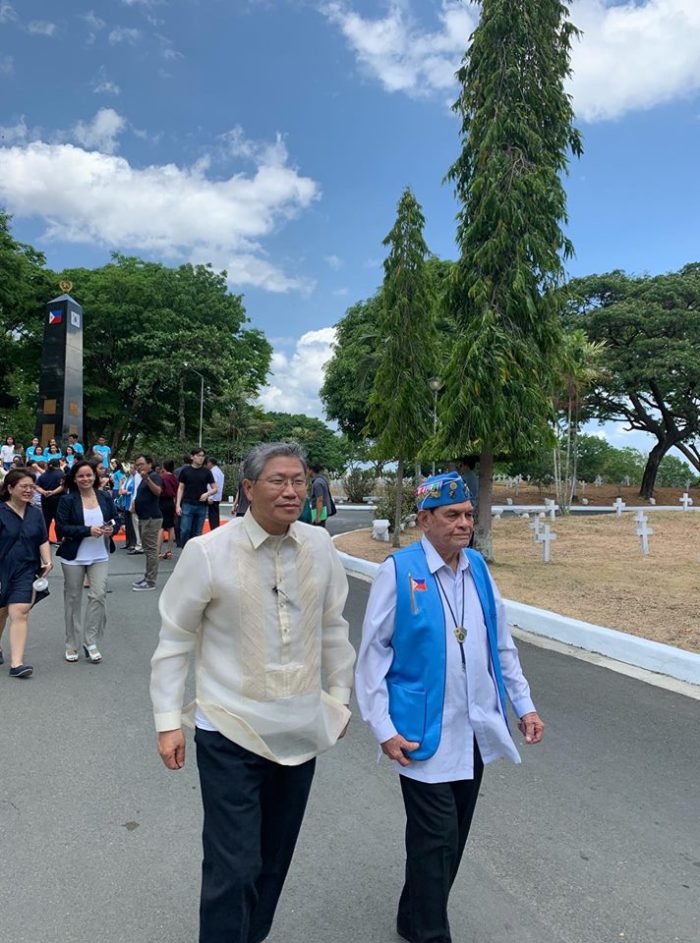 The DESCENDANTS OF THE YOUNG made a quick APPEARANCE,

They were DAVID, LOVIC and KARL — and they really did speak SUBSTANCE;

They spoke and talked about VOLUNTEERISM as they care for their LOLOS,

They’ll work for their LOLOS’ legacy, ne’er minding the PECADILLOS!

SOKOR Envoy HAN DONG MAN has put up a MOTTO…

As though written on his skin just like a TATTOO;

“INVEST, INVEST, and INVEST”, that was his CALL,

That was his very EXHORTATION to SOKOR’s CHAEBOL!

Was the last among the speakers in a seeming QUADRILLA;

He said he was flabbergasted and was the fourth to speak INDEED,

Excepting Ms. AGANON’s WELCOME which was early AHEAD!

RAMON spoke of FEAR that the soldiers could have FELT,

But no FEAR was felt as the adversaries came in STEALTH…

The Chinese COMMUNIST FORCES wanted to bring a quick SURPRISE,

But the FILIPINO victory came like a seeming REPRISE!

The BATTLE OF YULDONG is a WAR of VICTORY,

It must be told and retold as an epic STORY;

The show of valor and gallantry by the FILIPINO…

Must always be remembered so that many will KNOW!

And that the FILIPINO VICTORY in YULDONG will not be buried in SNOW!