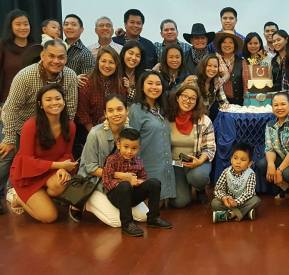 After the HOLY Mass presided by Fr. JP Hechanova3, 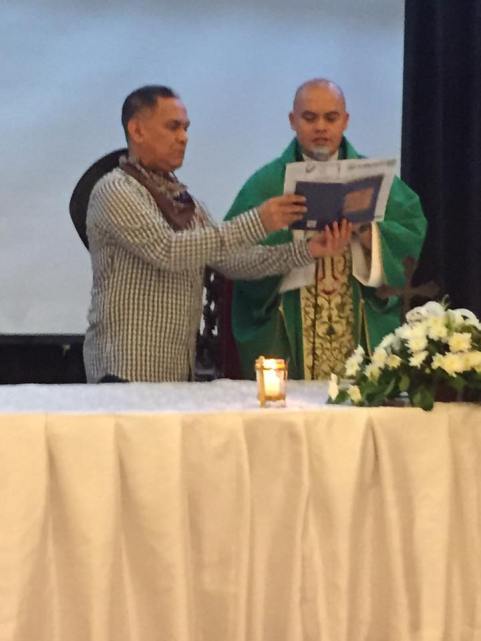 Actually, it was sort of a PRAYER-INVOCATION, 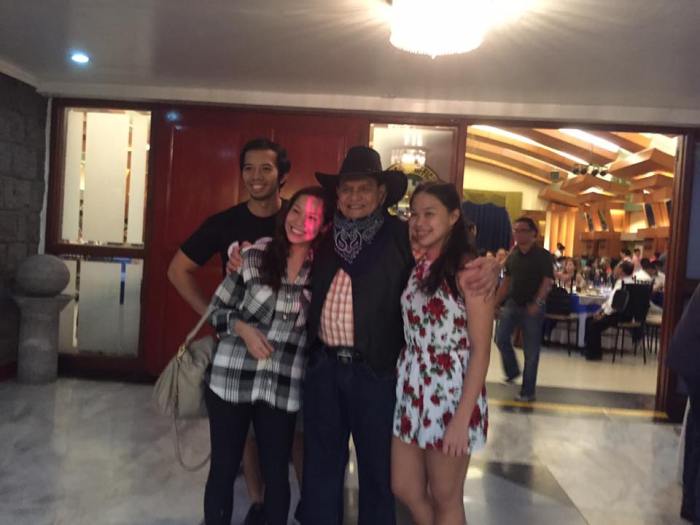 And so THE PRAYER song was sung by DONDI ONG8,

It was a DANCE RENDITION by the ALLIANCE14 Team,

‘Twas the start of DINING, everyone sort of PAUSED15 muna sa PAGKAIN!

And when it was LEGIT STATUS’16 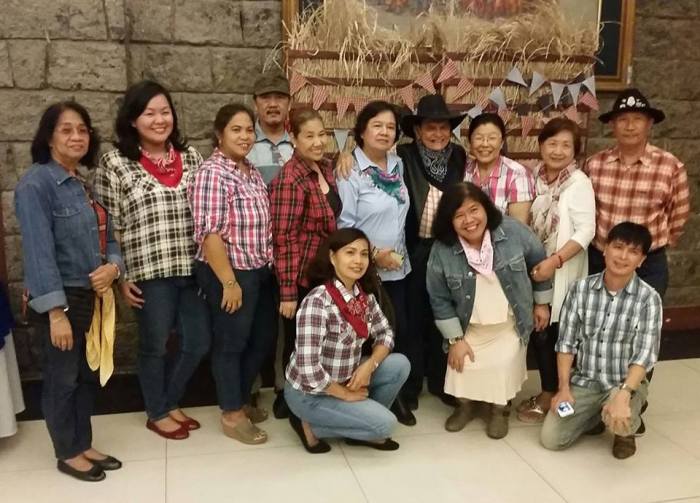 [Legend: 1 – Every year since Daddy Max became NONAGENARIAN; we have made it a point that wonderful shows (i.e. singing and dancing) are presented during Daddy Max’s birthday celebrations. We have done some kind of a MICHAEL JACKSON show, a GANGNAM style show, FRANK SINATRA show, FILIPINO FOLKSINGING show, etc. This year though the MOTIF is WESTERN COWBOY style, we decided to showcase   the HIPHOP dance teams of my daughters: Shayna, Cheska and Alee as they will compete this August 2017 in the 2017 World Hiphop International Contest to be held at the Arizona Grand Resort & Spa in Phoenix, Arizona.It was because of this, that one time, my good friend and KUMPADRE, Atty. Ramon M. Maronilla, incumbent President of the UP Alumni Association, Inc., quipped that Daddy Max’s birthday parties virtually look like Broadway shows.

3 – Fr. John Paul Hechanova from the AFP-Camp Aguinaldo’s Chaplain’s Office presided over the HOLY MASS which was held prior to the birthday party proper.

4 – ALEE is my youngest daughter who did a ballet-dance interpretation of the song THE PRAYER. She has been doing this INVOCATION dance for countless times already.

5 – In previous INVOCATION-DANCE renditions by ALEE, I would do the ANDREA BOCELLI part of the song THE PRAYER while a friend, Ms. Irene Halcion, would do the CELINE DION part. But, Ms. Irene got sick and I asked Mr. Dondi Ong to get me a replacement.

6 – THE PRAYER is the song popularized by the duet done by Ms. Celine Dion and Mr. Andrea Bocelli.

7 – Ms. Irene Halcion is my female-friend who would usually do the CELINE DION part in the song-rendition of the song, THE PRAYER.

8 – Mr. Dondi Ong, a renowned Filipino tenor, would almost always be part of the retinue of singers in Daddy Max’s birthday parties. So, I requested Dondo to scout for a replacement.

9 –  However, when I discerned that the replacement singer which Dondi scouted and brought, possessed a very high-pitched voice, I decided to just request Dondi to sing the ANDREA BOCELLI part of the song.

10 – Jomar aka Jose Mari Revilla is a paralegal assistant in our law Office.

11 – Every time, almost every day… I would rehearse (inside my Law Office) my ANDREA BOCELLI part in the rendition of the “THE PRAYER” song, Jomar would serve as my critic who would tell me whether the rendition was okey or not.

13 – The BROADWAY dance number performed by the ALLIANCE Team was a mélange/assortment of BROADWAY show dance-numbers particularly GREASE and WEST-SIDE STORY.

14 – The ALLIANCE Hiphop Team is a dance team organized by Jan Julliene G. San Juan, the BF of my 3rd child and 2nd daughter, Cheska Young.

15 – As the opening dance number performed by the ALLIANCE Team coincided with the start of DINING; almost everyone in the audience paused and stopped eating and intently watched the whole 18-minute run of the dance medley.

16 – The LEGIT STATUS Hiphop Team is a dance team organized by my son-in-law Vicente Miguel Rivera, and husband of my eldest daughter, Shayna Young-Rivera.

18 – Part of the guests in every birthday parties that Daddy Max would host would be the KOREAN WAR veterans; Daddy Max’s comrades-in-arms during the 1950 KOREAN WAR.

19 – General Arnulfo Bañez is a Korean War veteran and is incumbent Director of the Philippine Expeditionary Force to Korea Veterans’ Association more popularly known through its acronym PEFTOK.

20 – Col. Lee Seung-Joon who is the current Military Attache assigned in the South Korean Embassy here in the Philippines.

21 – Divisoria is the biggest FLEA Market in Metro-Manila where almost items are available in very cheap and bargain prices.

22 – Daddy Max acknowledged the help and assistance of the whole medical staff as well as the nurses and aides during his confinement at the UERM in April 2017 when Daddy Max was downed with a virulent strain of PNEUMONIA.

25 – GRASYOSANG-GRASYOSA is a Tagalog term derived from Spanish word GRACIOSA which actually means SO VERY GRACIOUS.

27 – Kaniig is a Tagaloy term which means “LOOK-ALIKE” or “SIMILAR”.

28 – ASPAC EXECOM is acronym for Ateneo Schools Parents Council Executive Committee which has the following as its members: the President, the Vice-President, the Secretary, the Treasurer,  and the Interim Past President of ASPAC.