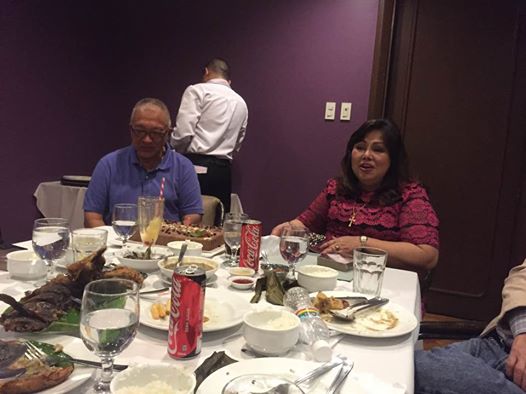 [Photo shows CA JUSTICE VICTORIA ISABEL A. PAREDES (at RIGHT) with ATTY. GABRIEL L. VILLAREAL (at LEFT) inside the RAFAEL ROOM at the MILKY WAY Resto located at the corner of Pasay Road and Paseo de Roxas in Makati. Indeed, it was a night filled with FUN, TALES, JOKES and EATING in celebration of Justice Vickie Paredes’ BIRTHDAY.] 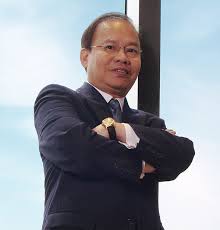 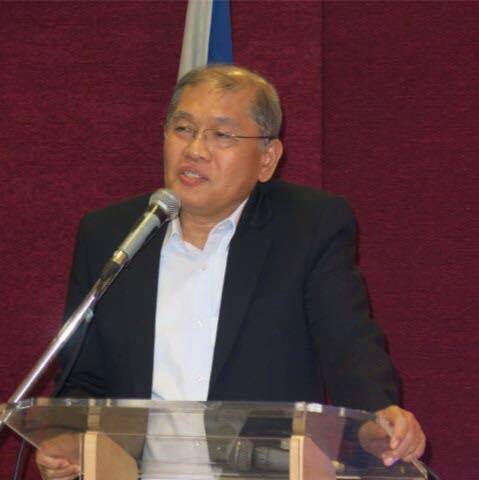 Tanong dito; tanong doon … as though to write a NOVEL! 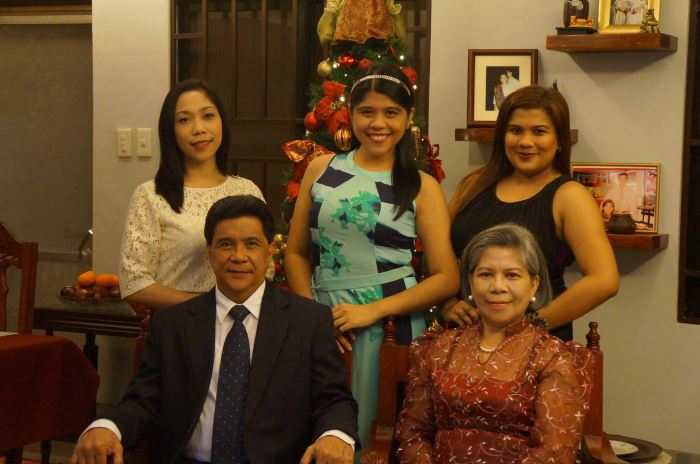 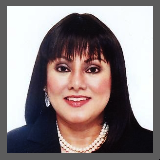 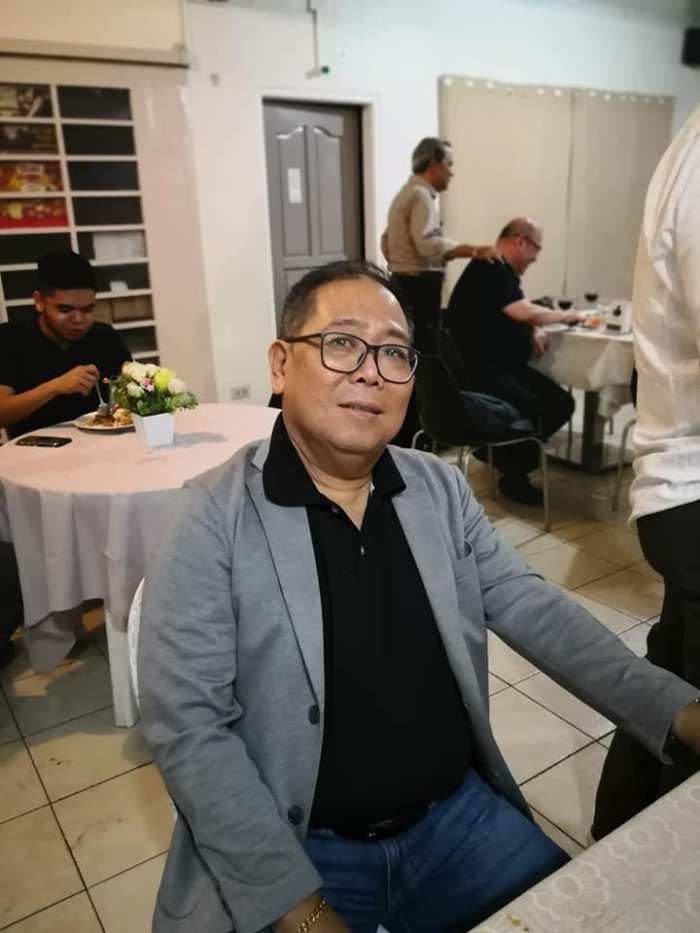 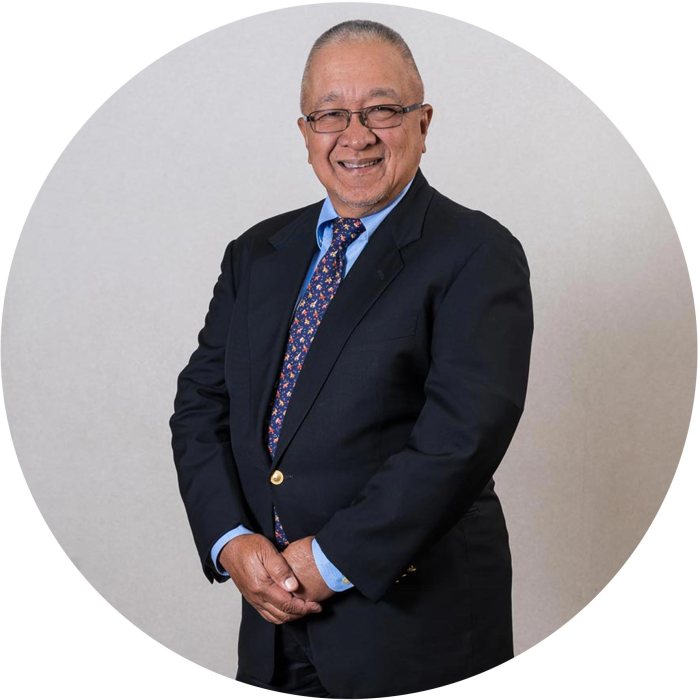 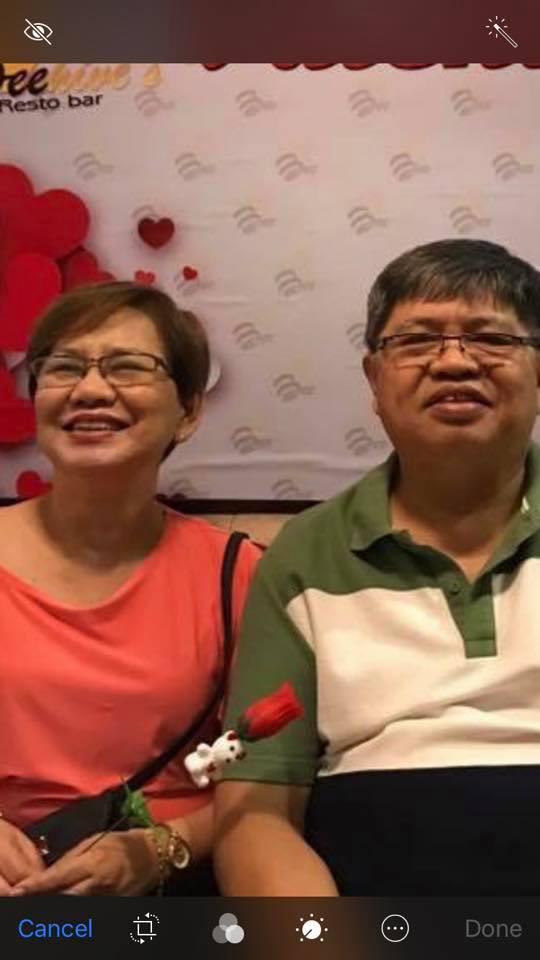 2 – MILKY WAY was the venue as it has always been, the venue of the UP Law 79 get-together/reunion parties.

3 – VIRTUOSO is an individual who possesses outstanding abilities in a particular art or field; and without doubt, the likes of Gabby Villareal, Joey Villamor and Sonny V. Marcelo are all experts in their chosen and special fields of law.

8 – “IN PARE DELICTO” is a LATIN maxim which means literally in English as |”IN EQUAL FAULT”. It would appear that a long and winded debate which happened in the VIBER  network of the UP LAW 1979 group transpired, and the exchange became heated between Evelyn and Mon Esguerra aka Ramon E. Esguerra. Reportedly, Mon got the upper hand as he eventually virtually delivered a lecture on the subject until Evelyn supposedly raised her hands in surrender acknowledging Mon’s excellent grasp of the Latin maxim. And Evelyn finally uttered “AMEN”, which thereupon ended the DEBATE.

9 – MON E. is Mon Esguerra aka RAMON E. ESGUERRA. Though MON was unable to attend the get-together, due to a priorly scheduled professional engagement; a major portion of the discussion centered on the “IN PARI DELICTO” VIBER DEBATE.

9a – The use of the Tagalog word SIGA only acknowledges the upper hand which Mon Esguerra achieved in the “IN PARE DELICTO” debate between him and a  host of other VIBER group mates notably Evelyn.

11 – VIR OCAYA is Virgilio Ponciano Ocaya who hails from Oroquieta City in Misamis Occidental. What was actually surprising was that Vir, came all the way from Oroquieta City and flew in to Manila only to attend the birthday celebration of  Justice VICKIE.

12 – OROQUIETA is Oroquieta City (the city from where Vir Ocaya flew into Manila, just to attend the birthday celebration of Justice Vickie) which is the capital of Misamis Occidental.

15 – SYCIP is the Sycip Salazar Hernandez & Gatmaytan Law Offices (“Sycip Law’) where Butch Medalla is the Senior Partner and Head of its TAX Practice Group.

16 –  TAX refers to the TAX Practice Group of Sycip Law.

18 –  PINKY is Pinky Benedicto aka ROSARIO B. JURADO-BENEDICTO.

19a -ARNOLD is ARNOLD V. GUERRERO.

19b – The TRUTH and the reality ARNOLD,… is that we are growing OLD.

24 – YOGA – The reference to Yoga is that MODIFIED BIKRAM YOGA sessions that I hold with me as sort of a drillmaster. As the drillmaster, I would  bark out commands in directing the right yoga postures during those regular weekly yoga sessions which are held at the badminton court (adjoining my Law Office in Cubao) which doubles as a YOGA session hall. Joey O. actually wanted me to organize a skein of regular yoga session among our batch mates of the the UP Law 1979 batch.

26 – BABES N. is Babes Navarro aka Maria Loreto U. Navarro.

27 – NINANG is Tagalog word for godmother. Babes is the godmother of my youngest daughter Ma. Winnalee “Alee” E. Young; and Alee together with her elder sisters, Shayna aka Winshayna and Cheska aka Wincheska will compete in the 2017 WORLD HIPHOP INTERNATIONAL CONTEST in Phoenix, Arizona, USA (“WHHI”).

28 – WIN refers to the aspiration of my daughters to become CHAMPION in the 2017 WHHI.

29 – DONASYON refers to the solicitation of DONATIONS via a FUNDRAISER which my daughter ALEE put up/launched in GENEROSITY.COM to accumulate funds to be used to defray expenses for FOOD, LODGING, TRANSPORT REQUIREMENTS, etc. while they will be in sojourn in Phoenix, Arizona for the 2017 WHHI.

31 – CHAMPION refers to the aspiration of my daughters to claim the CHAMPIONSHIP award at the 2017 WHHI.

32 – WAL refers to my abbreviated nick name of WALLY.

34 –  DYAHE is a Tagalog slang for EMBARASSMENT.

35 – Pinky B., as sort of the organizer of these regular get-together/reunions of UP Law 1979, has marked October 20, 2017 as the next get-together and another get-together in January 2018. Venue is tentatively set also at MILKY WAY.

36 – MAYOR refers to the major role being achieved/performed by Pinky B. in organizing this regular get-together among members/batch mates of UP Law 1979.

37 – NAG-DIDIRIHE is a Tagalog word which is derived from the original SPANISH word which means directing or giving directions, which is the task precisely being done by Pinky B.

39 – TALL AND HANDSOME JOEY is no other than Joey Osana.]