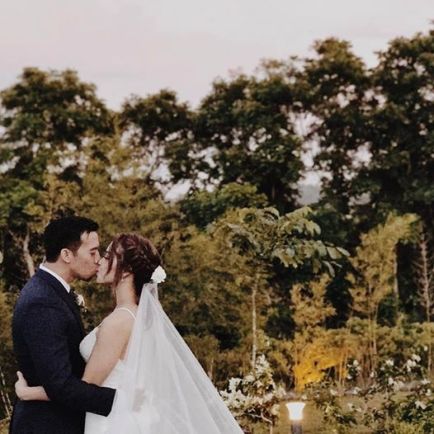 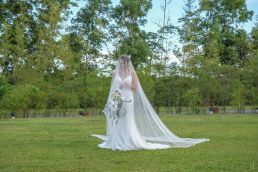 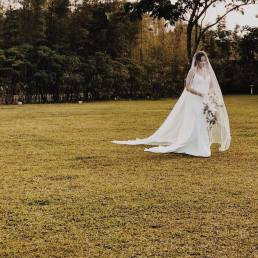 [Left photo shows VIMI & SHANE doing their ceremonial kiss after the marriage rites at ANGELFIELDS NATURE SANCTUARY in Silang,Cavite; while the top right and the bottom right photos show Shane doing the ceremonial walk as she daintily ambulated through the grassy field unto the altar mounted near the hill’s cliff. THANKS GOD FOR A TRULY WONDERFUL WEDDING!]

Thanks to all Sisters of St. Claire for the DEED;

Have been praying and passing by, always at  KATIPUNAN —

To offer bunch of eggs for those contemplative NUN!

Though it drizzled a bit at the Sanctuary at ANGELFIELDS,

‘Twas shower from heaven a blessing of watery BEADS;

And as SHAYNA ambulated near the  POND with swimming SWAN,

I was excitedly watching with my trembling right HAND… 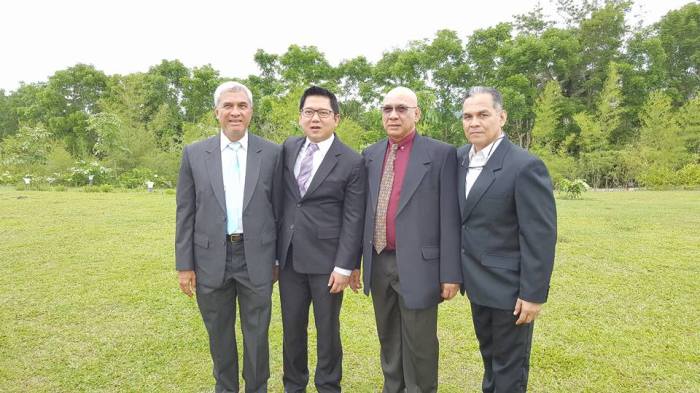 Thanks for Mayor HERBERT for coming up so QUICK,

‘Twas when  his name was called to line up like part of a CLIQUE;

And Mayor HERBERT shouted out: “PRESENT!”…so loud and so CLEAR…

His partner ELOISA ogled at him; so loving, so DEAR!

And as the DRONE flew above to sort of capture a SHOT,

My heart was thumping as though gaily jumping out from a POT;

And as I saw CHESKA and ALEE both happy but TEARY-EYED,

I told myself not to cry, though I cried a bit… thereafter I LIED!

Thanks to VIMI’s father who served as MINISTER,

‘Twas truly enlightening, no one would feel so ASKANCE! 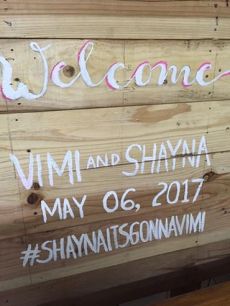 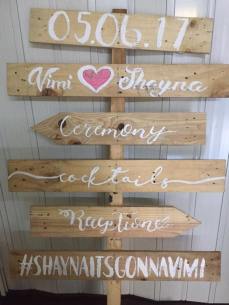 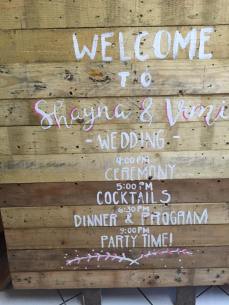 Thanks for KIMG and BAM for the SET-UP, so NICE…

The calligraphy on the SIGNAGES so pretty, on THRICE…

And the white-splashed entrance door, ’twas a plan that was truly  WISE!

But the MARRIAGE CONTRACT got left in the CAR,

The signing ceremony — I quickly made something BIZARRE;

I asked the coordinator to just slip a sheet of PAPER,

Both lovers signed on a DUMMY, it truly was a CAPER!

But PAL’s JIMMY BAUTISTA was truly so OBSERVANT,

He’s not only a keen observer but a jet setting BON VIVANT;

“Why was the contract not passed to us for signing?” … he aptly SAID,

Contract signing got done on the dining table … I received no UPBRAID!

And the food served by BIZU was truly DELICIOUS,

The RACLETE side-bar was felt by many as PRECIOUS;

Almost everyone lined up while the cheese-melting CONTINUED,

[Family photo at the BALAI TAAL along Ligaya Drive in Tagaytay City before we trekked to the wedding venue at ANGELFIELDS NATURE SANCTUARY in Silang, Cavite.]

And the decanters and carafes of WINE,

Brought from Aussie county by my cuz who’s so DIVINE;

Loved the MOSCATO so much, either PINK or the WHITE—

BETH my cutie cuz, was live-wire at the party,  ’tis so full of LIFE!

I wish to thank all the guests for a NIGHT of FUN,

But really ‘tis still not at all completely DONE;

I have TWO (2) other daughters that will still be SPUN,

And a dashing debonair, that’s Anthony — my ONLY SON!

CONGRATULATIONS INDEED to VIMI and SHANE,

You’ve come up with a wedding that has acquired a GLOSSY NAME;

As GRANDPA however, I’d hope that you’d quickly go PRENATAL!!!! 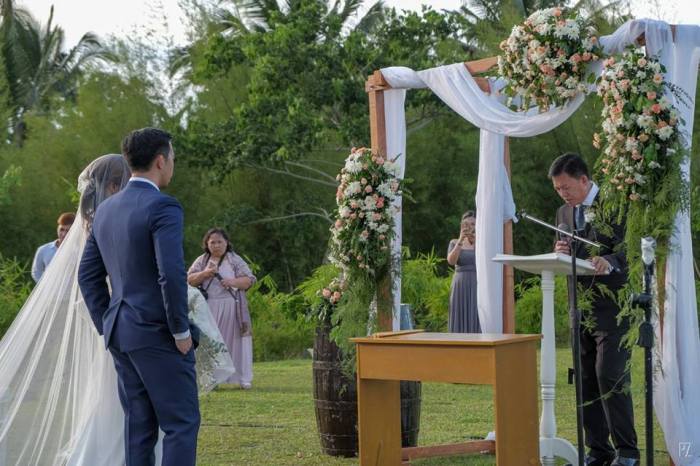 CONGRATULATIONS ONCE AGAIN TO YOU… SHAYNA and VIMI! 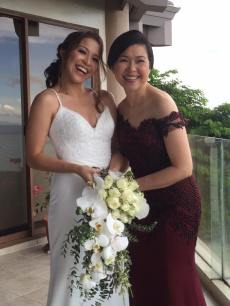 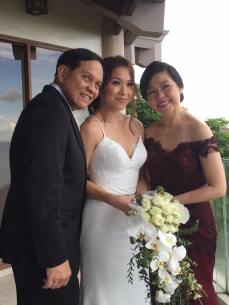 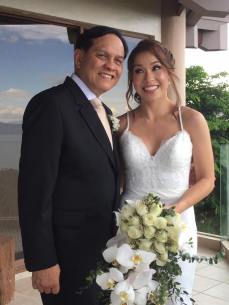 [Above photos with Shane, were taken at the BALAI TAAL along Ligaya Drive in Tagaytay City- L-R: Shane and my wife Dang; myself, Shane and Dang; and, finally, myself and Shane.]