[Top-left photo shows a portrait of the world famous seer, Nostradamus; while the top-right photo depicts a lean stack of tarot cards. Bottom photo shows President-elect Rody Duterte with his prominently large nose and his equally large ears described by Fengshui Master Hanz Cua as Buddha’s ears which augur well for all of us, as it supposedly denotes a forthcoming vibrant economy for our country via President-elect Rody’s strong-willed type of governance.]

It has been persistently brandished about nowadays that the renowned seer Nostradamus predicted the victory of President-elect Rodrigo Duterte on the basis of the hereunder quoted quatrains in his internationally acclaimed book entitled Les Propheties (i.e. The Prophecies).

As it may sound too presumptuous to believe that Nostradamus indeed referred to the Philippines and to President-elect Rodrigo Duterte in those quatrains, it may do well perhaps for the readers to make their own judgment on the matter.

It has been said however that certain academicians maintain that the associations made between world events and Nostradamus’ quatrains are largely the result of misinterpretations or mis-translations.

In any case, the subject quatrains in Nostradamus’ aforesaid book with parenthetical annotations/explanations cranked into it are hereunder quoted:

“The Peace and Justice and the Blood of Love from the Blessed Land Of Promise of the South Eastern.

(supposedly referring to the tri-color of the Philippine flag with the white color symbolizing  PEACE; the blue, JUSTICE and the red, the BLOOD OF LOVE and that the reference to the South Eastern pertains to the Philippines as a South Eastern nation)

“The SUN of divinity holding the 8th fire will burn all nations having the power of the 3 stars. (again, supposedly referring to the Philippine flag)

“Blessed are you Land of Promise, the golden 8 sunbeams shine (i.e. reference is made again to the Philippine flag which displays a figure of the SUN with eight rays) as noon day will shine from you. 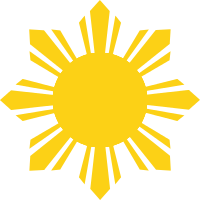 “At the Southern area he (i.e. supposedly referring to President-elect Rodrigo Duterte) will be born in the Year of the SERPENT” (i.e. 1989 is the year of the serpent when President-elect Rody started to show his exceptional style of leadership as he exhibited his political might via a strong-willed type of governance in Davao City).

“And will start his work at the year of the TIGER (i.e. 2010 is the Year of the Tiger, and this was the year when President-elect Rody started to become all the more well-known all over the Philippines)

“Land of Promise! (i.e. reference to the Philippines) the place where the Greatest Lover will arise, Glory to the Moon who became SUN!” (i.e. supposed reference to Davao City which has been transformed by President-elect Rodrigo Duterte from being considered as the murder capital of the Philippines  to the now acknowledged safest city in the whole Philippine archipelago)

“This is the Glory of all Glory, the Hope of all Ages is born at the City of Eagle (i.e. supposed reference to Davao City, as city of eagle)…and will end his final mission at the Largest City.

“Blessed are you Land of Promise! (i.e. reference again to the Philippines) the restorer of the Universe!

“Thanks of all Thanks to you, SUN OF MEN (Son of Man) Thanks for your light.”

Contemporaneous to or previous with this  posting in the INTERNET is a YOUTUBE posting by a certain  Joanna Allas about the Tarot Card reading done by Mr. Felix Fojas which predicted  President-elect Rody’s win in the polls. However, it was also said that the DEATH Tarot card appears to be lurking amidst President-elect Rody’s win, which could mean that assassination plots may have already been hatched or are in the offing which are aimed at quickly exterminating President-elect Rody.

But all these talks of a possible assassination plots have been blotted out through the face-reading of President-elect Rody’s facial features via the science of physiognomy which was done by the now famous Fengshui master in the Philippines, Mr. Hanz Cua.

Let us all join our hands together in prayer for the continued safety of President-elect Rody and a sustained prosperity for our country, the Philippines.

Merry Christmas unto OUR ESTEEMED CHIEF JUSTICE… You’ve brought unto our judiciary the much aspired-for PEACE; You employed much fervor to stabilize a highly-politicized COURT – – Your dedication and your WORKAHOLIC spirit, IN FACT, proved much WORTH; Our people are PROUD and HOPEFUL, as we’re in good hands while you…

WELCOME TO THE PHILIPPINES! HER EXCELLENCY, AMBASSADOR MARYKAY LOSS CARLSON

WELCOME TO THE PHILIPPINES! HER EXCELLENCY AMBASSADOR MARYKAY LOSS CARLSON BIENVENIDAS! Her EXCELLENCY, our ELEGANT  ENVOY who’s a pulchritudinous LADY… You truly possess much diplomatic talent, on top of your BEAUTY; And you regard our nation as the oldest TREATY ALLY in ASIA – – FRIENDLINESS indeed emits and can be seen from your comely…