My Punjabi friend, Gerry Singh, is in his early 50s and his ardent quest is to marry once more a Punjabi lady. I have been telling him that I can easily get a Filipina as his bride. But, Gerry is insistent, he wants a Punjabi lady.

Punjabi culture is one of the oldest and richest cultures in the history of the world, and also one which is throbbing with life. Indeed, the Indian state of Punjab exhibits a unique cultural landscape, which thrives in both traditional values and utilitarian aspects.

There is artistry in every aspect of life in Punjab and an aura of embellishment dominates the place. The opulent culture of this northwestern state of India is apparent in its metal work, embroidery, wall paintings, jewelry, mud wall paintings, architecture, folk songs and dances. 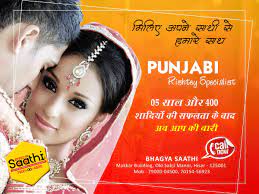 The culture of the state is wide in scope, encompassing a rich history and a pulsating social life. The century-old Punjab culture is renowned for its tolerance, progressiveness and logical approach to life as well.

I actually learned that in Punjab the farmers rarely use chemicals as fertilizers. They still rely on carabao dung, which is sun-dried by the bulk and used as fertilizers for growing their various crops.

What struck me also as somewhat bizarre is the other holy destination where we also made some offering on the day after our Amritsar trip. Gerry bought one (1) big case of whiskey and a pail of cow’s milk. We are supposed to have it offered to some kind of an Indian saint in a Bhairav temple. The bottles of whiskey are offered and then a priest would utter some kind of incantation over the offering and the whiskey will thereafter be distributed to those devotees who line up for some kind of rationing of the offered liquor. There is also a cement trough within the temple’s premises where the pail of cow’s milk is poured out empty as it will be licked and drunk by dogs who loiter within the premises. I was told that the saint sort of having kept a dog as his pet too. So, there is an offering for the master as well offering for the saint’s pet dog.

In the early morning following our trip to the Bhairav temple, an elder actually the mother of Gerry’s friend nominated THREE (3) ladies as Gerry’s supposed-to-be bride. But the ladies did not pass the test, as they were all 18 years of age and Gerry wants a lady who is older.

With this result, the old matchmakers in the village entered into the scene, actually two (2) matriarchs in the village were known as the village’s matchmakers. Thus, from 9 AM to 8 PM, we
were literally going from one house to another meeting the ladies who were being recommended by the matchmakers. And the places of the would-be-brides are located too far between from each other.

First stop was at the house of Jagdeep, a widow who is 35 years old. Jagdeep lost her husband after the husband died of heart attack FOUR (4) years ago. The couple had THREE (3) children, ONE (1) girl and TWO (2) boys. Jagdeep is engaged in a milk-producing business as she owns TWO (2) female cows and TWO (2) female water buffaloes. To me, Jagdeep was already A-OKEY as Gerry’s bride as she was pretty and even looks like an actress.

The problem is that Gerry is somewhat choosy. Gerry told me that he does not want a widower and that Jagdeep has THREE (3) children already. I actually told Gerry that he is not young anymore, and that it is not right for him to be so choosy. What intrigued me all the more was the respect accorded by Jagdeep’s children to me and to Gerry. What they did surprised me. I learned thereafter that the way the children in India show respect to the elders is some kind of a curtsy, a formal way of greeting the elders and the elderly.

And this is how it is done: Indian children lie prostrate on the ground before the person to whom they are according the formal greeting of respect such as parents, elders, and teachers by touching their feet. The elder in turn blesses the child by placing his or her hand on or over the child’s head. The act of lying prostrate on the ground is done daily, when a child meet his/her elders and particularly on important occasions like the beginning of a new task, birthdays, festivals etc.

Touching the feet while lying prostrate on the ground is a sign of deep respect for the age, maturity, nobility and divinity that elders personify. It symbolizes recognition of the elders’ selfless love for and the sacrifices that they have done for the children’s welfare. It is a way of humbly acknowledging the greatness of another. This tradition reflects the strong family ties which has been one of India’s enduring strengths.

The next stop was in a house where a corpulent but flabby-type of a Punjabi lady was staying. And the over-protective mother of the lady was so proud telling us all that after her daughter got divorced, she has never been into any kind of relationship. The two (2) Punjabi match makers. after exiting from the scene, who were matron-like in their features were giggling all the way, making fun of the flabby Punjabi lady’s gutsy nerve in presenting herself as a putative bride for Gerry.

Our final stop for the day, actually it was already evening, was the house of a TWENTY-TWO (22) year old lady, and Jeermit Kaur was her name. The lady was pretty too and perhaps Gerry got so quickly enamored by the lady as she has tantalizing eyes. But the father was not there, and reportedly, the father waited since morning for our arrival. Jeermit Kaur’s mother was there but the father was supposed to be the one who will make the final decision. I felt then that it was already a done deal and I said, I was lucky as after Gerry has chosen a bride, we will then go to the Taj Mahal in Agra, as was promised to me by Gerry.

As the elderly matchmakers needed to rest after traveling from place to place the whole day, we decided to call it a day.

Merry Christmas unto OUR ESTEEMED CHIEF JUSTICE… You’ve brought unto our judiciary the much aspired-for PEACE; You employed much fervor to stabilize a highly-politicized COURT – – Your dedication and your WORKAHOLIC spirit, IN FACT, proved much WORTH; Our people are PROUD and HOPEFUL, as we’re in good hands while you…

WELCOME TO THE PHILIPPINES! HER EXCELLENCY, AMBASSADOR MARYKAY LOSS CARLSON

WELCOME TO THE PHILIPPINES! HER EXCELLENCY AMBASSADOR MARYKAY LOSS CARLSON BIENVENIDAS! Her EXCELLENCY, our ELEGANT  ENVOY who’s a pulchritudinous LADY… You truly possess much diplomatic talent, on top of your BEAUTY; And you regard our nation as the oldest TREATY ALLY in ASIA – – FRIENDLINESS indeed emits and can be seen from your comely…