It was good that yesterday, October 22, 2015; the Sandiganbayan (a special court in the Philippines which tries government officials for felonious acts) on humanitarian grounds, finally heeded the plea of Pres. GMA, the acronym for the past leader of our country, Gloria Macapagal Arroyo, to be confined at St. Luke’s Hospital for more expert medical intervention. It was also good that the Supreme Court suspended the hearings of the plunder case filed against GMA. And these opportune developments came about in the face of a recent United Nations’ opinion urging GMA’s release from detention. I am neither pro-GMA nor pro-PNOY (the acronym for our country’s current leader, Benigno S. Aquino III), but I think the pattern which has grown into a habit, of bashing, demonizing and incarcerating our past leaders should stop. Despite all those allegations of fraud and felony, it cannot be denied that those leaders invested their  blood, sweat and tears in the service of the nation. With the possible showing of the movie HENERAL LUNA, in the international scene, after its success in the local tills, we as a nation might even be viewed as killers of our own heroes. 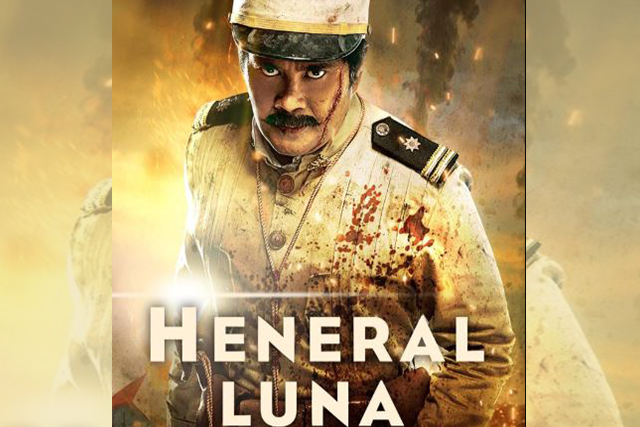 One way or the other, this practice may have subconsciously deepened into the psyche of our people in creating an animating rave to disregard law and authority. Thus, you could see motorists driving through the red light and even mauling traffic officers with gay abandon. 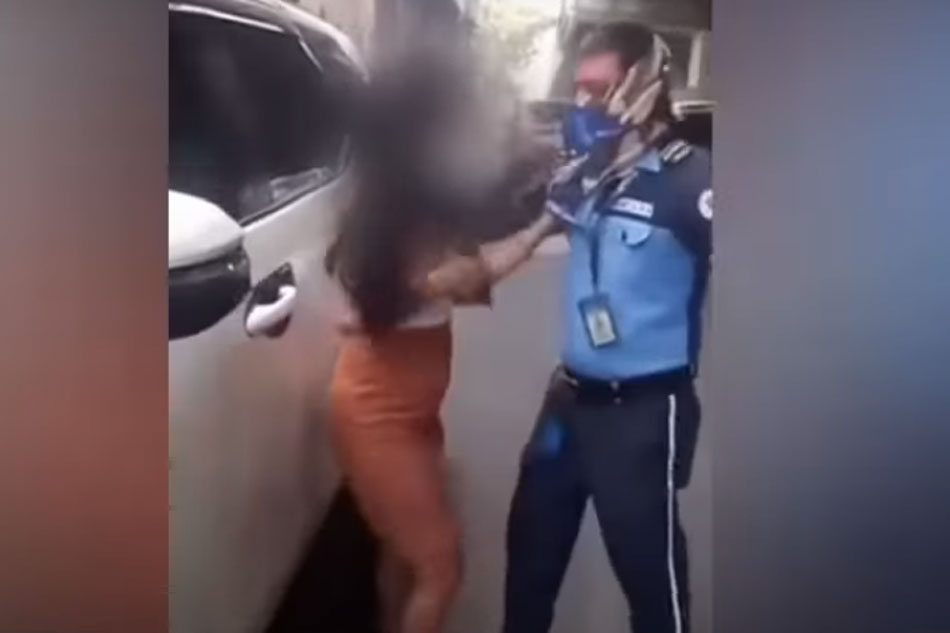 If elected officials in government may have committed criminal acts, the blame should not only be heaped upon the official but more so upon those who voted these officials into office. But I will not further dwell into the province of POLITICS, which in the words of renowned anti-war activist Bertrand Russell is the most ignoble preoccupation. END OF STORY!

And the fun-filled story I wish to tell was recounted to me by my kumpadre and friend, the cool and debonaire Atty. Ramon M. Maronilla (“Mon”). And if my memory serves me right, this is how the story goes…Mon and Consul Joey Ampeso (“Joey”) are UPSILON Fraternity brothers. UPSILON SIGMA PHI is one among the more illustrious fraternities in UP with its roll of members with the likes of Pres. Ferdinand Marcos, Benigno Aquino Jr., Estelito Mendoza, Gerardo Roxas, Arturo Tolentino, etc. I actually sought permission from Atty. Mon to publish this blog after telling him that the recent news about Pres. GMA swayed me into it. As has been usual, with Atty. Mon’s witticism, he declared that it is high time that bail be granted Pres. GMA. 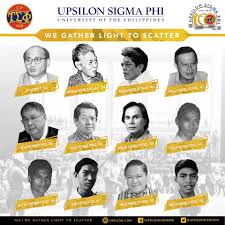 Back to my story…sometime in November 1996 when Pres. GMA was serving as  Secretary of the Department of Social Welfare and Development (“DSWD”) under Pres. Fidel V. Ramos, GMA’s daughter Luli, who wished perhaps to have some experience in government service enlisted as volunteer for the APEC summit. The APEC summit was hosted by the Philippine government in the last week of November 1996. 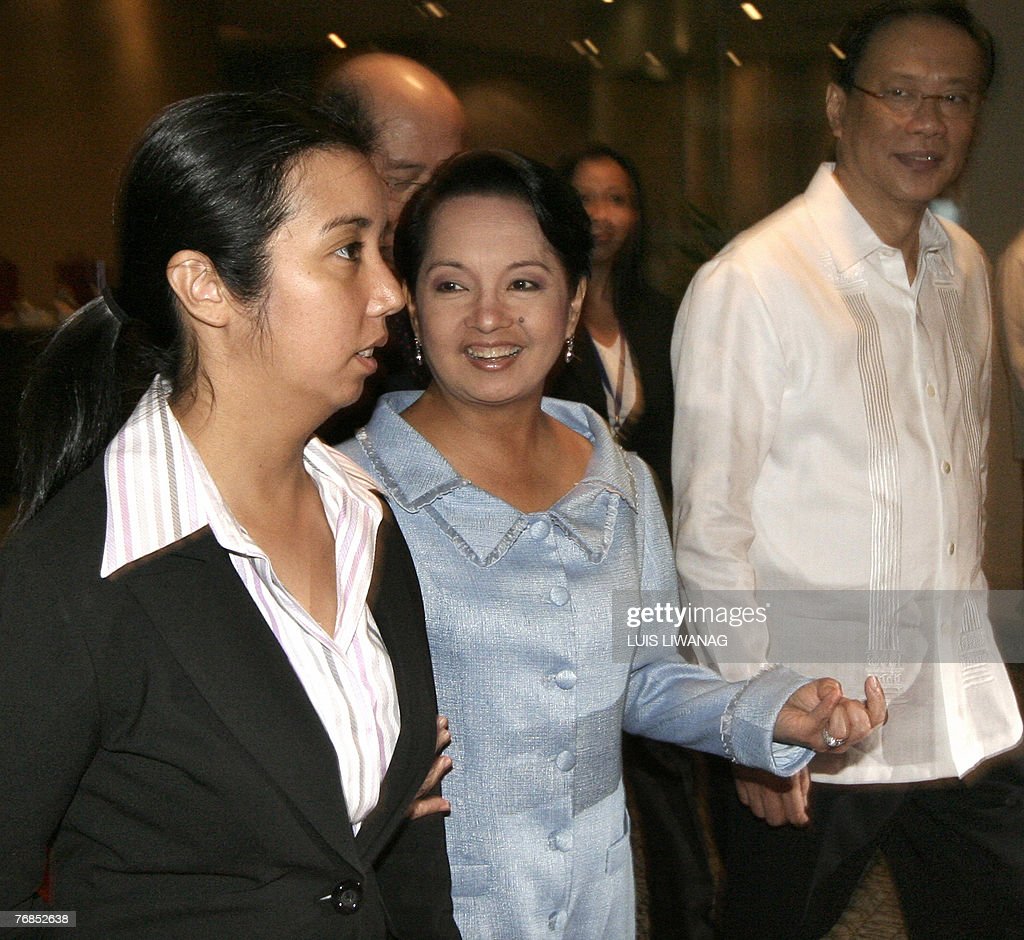 Luli who was working as volunteer under Ambassador Antonio Basilio was tasked to deliver important documents sometime in the first half of November 1996 in connection with the APEC summit to Joey, who was then the designated Duty Officer. The submission of the important documents was to be done in the early hours of the appointed date for which reason, Luli who wanted to be prompt, went to bring the documents at the DFA office at around 12:30 AM.

Perhaps the chilly winds of November breezing through from the Siberian High got so inviting that Joey together with some of his DFA colleagues who were also working overtime, decided to take some shots of an inebriating drink. 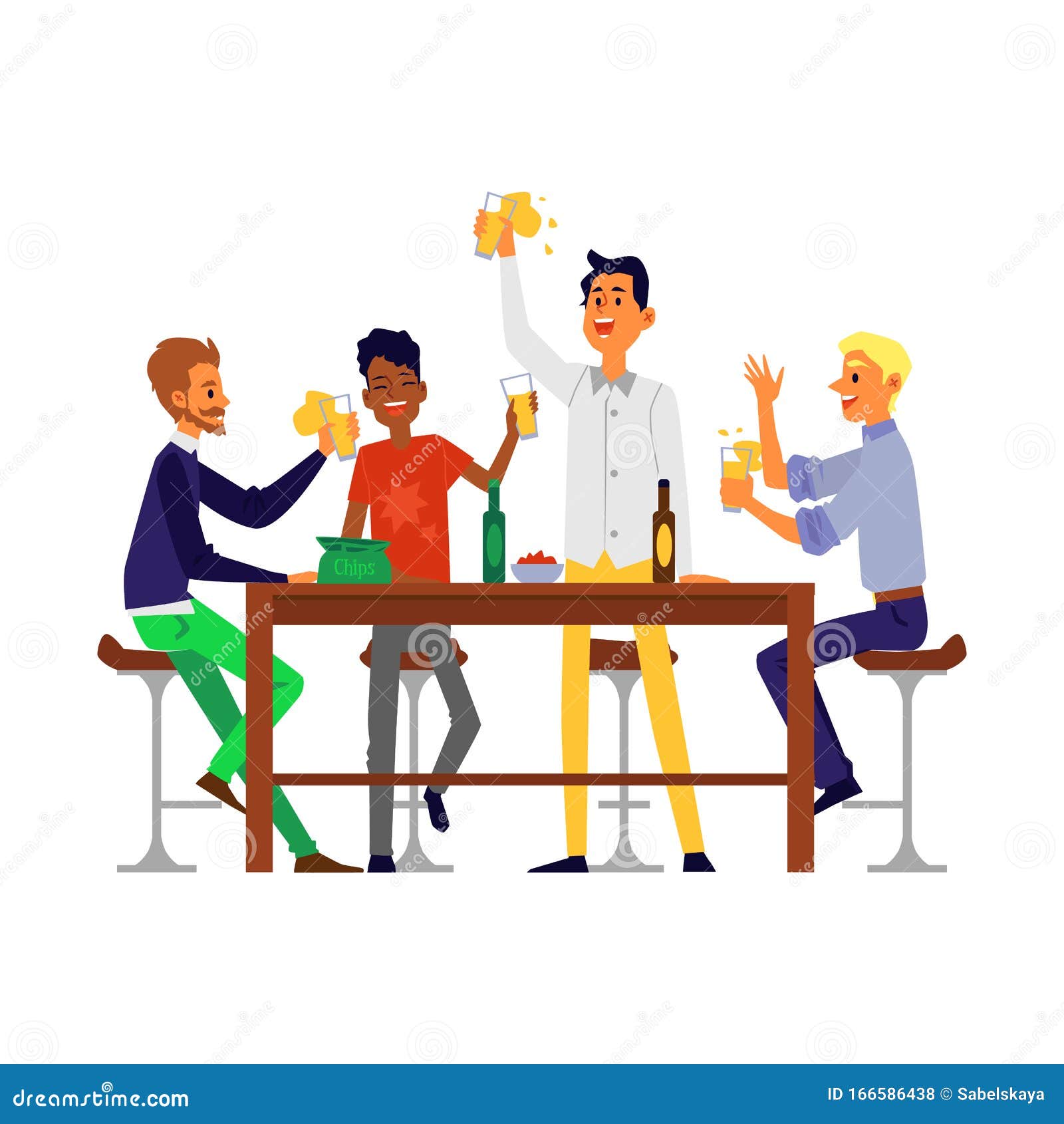 When Luli arrived, Joey sort of subjected the bashful Luli to inappropriate questioning such as: why she was out of her house in the wee hours of the morning, whether her parents know where she was, etc. Emboldened perhaps by the seemingly obeisant attitude on the part of Luli and a somewhat coy smile emerging on her face, Joey, while some soft music was playing from a stereo component, jestingly invited Luli to dance and even suggested to Luli to while the time away, sit on the sofa and for Luli to take a shot of the inebriating drink.

The invitation to dance and drink may have finally irked Luli and as she prepared to leave the Duty Officer’s room, Joey accidentally bumped Luli on the side of her torso, but Joey quickly apologized for the gaffe.

Luli may have reported the incident to GMA and on the first working day of the week, following the incident, Joey was told that he has to resign. Joey refused to heed the “resign-directive” for which reason a complaint for sexual harassment was lodged against him. 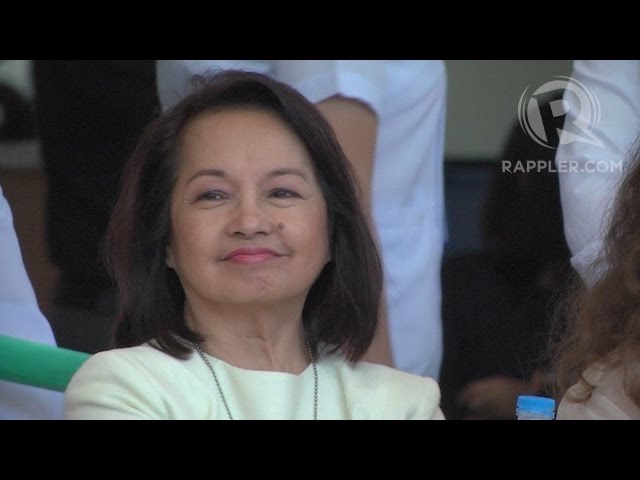 The subsequent hearing came and Luli with a battery of Makati-based lawyers was set to adduce her testimony via a priorly-prepared affidavit. Atty. Mon registered his vehement objection saying that he cannot stomach the thought of cross-examining the complainant on the basis of an affidavit, as it violates his client’s right to due process. Atty. Mon moved that Luli be required to adduce her testimony via the usual question-and-answer mode and not via an affidavit which has been prepared with the help of the top-notch Makati-based lawyers. Luckily, the Committee perhaps not wanting to appear as though it was set to blatantly disregard the basic standards of law and justice, granted Atty. Mon’s motion.

At the next hearing, an announcement for work suspension due to inclement weather, was belatedly declared at around 2:00 PM. However, Atty. Mon made it a point to be early for the 1:30 PM setting. Atty. Mon did not leave the hearing room until 4:00 PM that day as he entertained the hope that with the manifest intent of the Committee to expedite the proceedings as was indicated in the earlier settings, the complainant, Luli, as well as her lawyers would not allow that day to pass without achieving something significant for their cause. Atty. Mon further remarked that if he can come to the DFA despite the inclemency of the weather, there is no reason why the complainant and her lawyers cannot do the same. Thus, the Head of the Investigating Committee allowed Atty. Mon to stay at the hearing room till 4:00 PM. 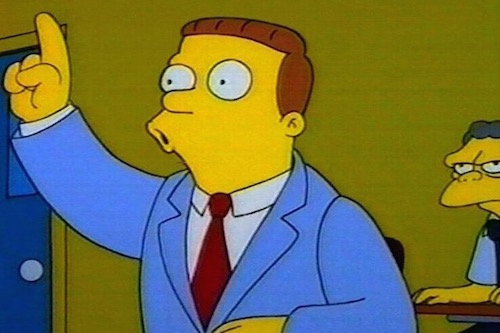 On the subsequent hearing, Atty. Mon purposely did not attend. However, despite vigorous protests from Luli’s lawyers to allow them to present evidence ex-parte and to declare Joey’s right to cross-examine as waived, the Investigating Committee reset the hearing. The Head of the Investigating Committee explained that Atty. Mon waited for the complainant and her lawyers at the preceding hearing date till 4:00 PM but not one of them came.

Ultimately, the hearing for the presentation of Luli’s testimony was conducted. And on direct examination, Luli perhaps due to sheer loss of composure and the drag of the emerging protracted proceedings which may have worn her down,  committed a slip. Indeed, Luli failed to fully substantiate the very core of her complaint particularly about Joey allegedly having accidentally bumped a part of her torso. Instead of expounding on it, Luli truncated her testimony and declared that she left immediately the DFA in a rush missing on that incident where Joey accidentally bumped her. Despite efforts on Luli’s principal lawyer to squeeze out that testimony Atty. Mon persisted in his objection: “ ALREADY ANSWERED!”, to the effect that after feeling irked with Joey’s actions, she (i.e. Luli) rushed out of the Duty Officer’s office. END OF HER STORY. 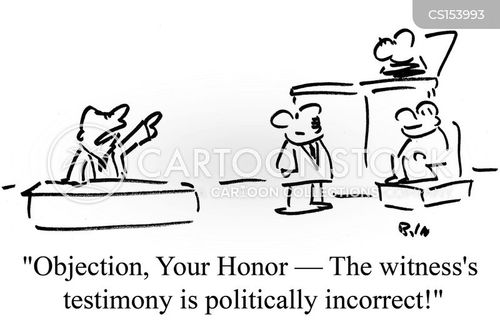 Finally, Joey was acquitted. And a couple of weeks after the decision was rendered, Atty. Mon received a call from the DSWD office. Atty. Mon was  requested to be present in a meeting with then DSWD Secretary Gloria Macapagal-Arroyo, with specific instruction that Joey be brought to the meeting. Immediately thereafter, Atty. Mon hailed Joey to a quick meeting and gave him pointers to get by for the meeting with GMA. Atty. Mon told him that he has to keep his cool, deport himself with humility and never ever look at GMA in case the good Secretary would be swayed to castigate him. Atty. Mon stressed that Joey must just cast his eyes down to make for a picture of repentance and remorse for what Luli must have experienced during the incident. 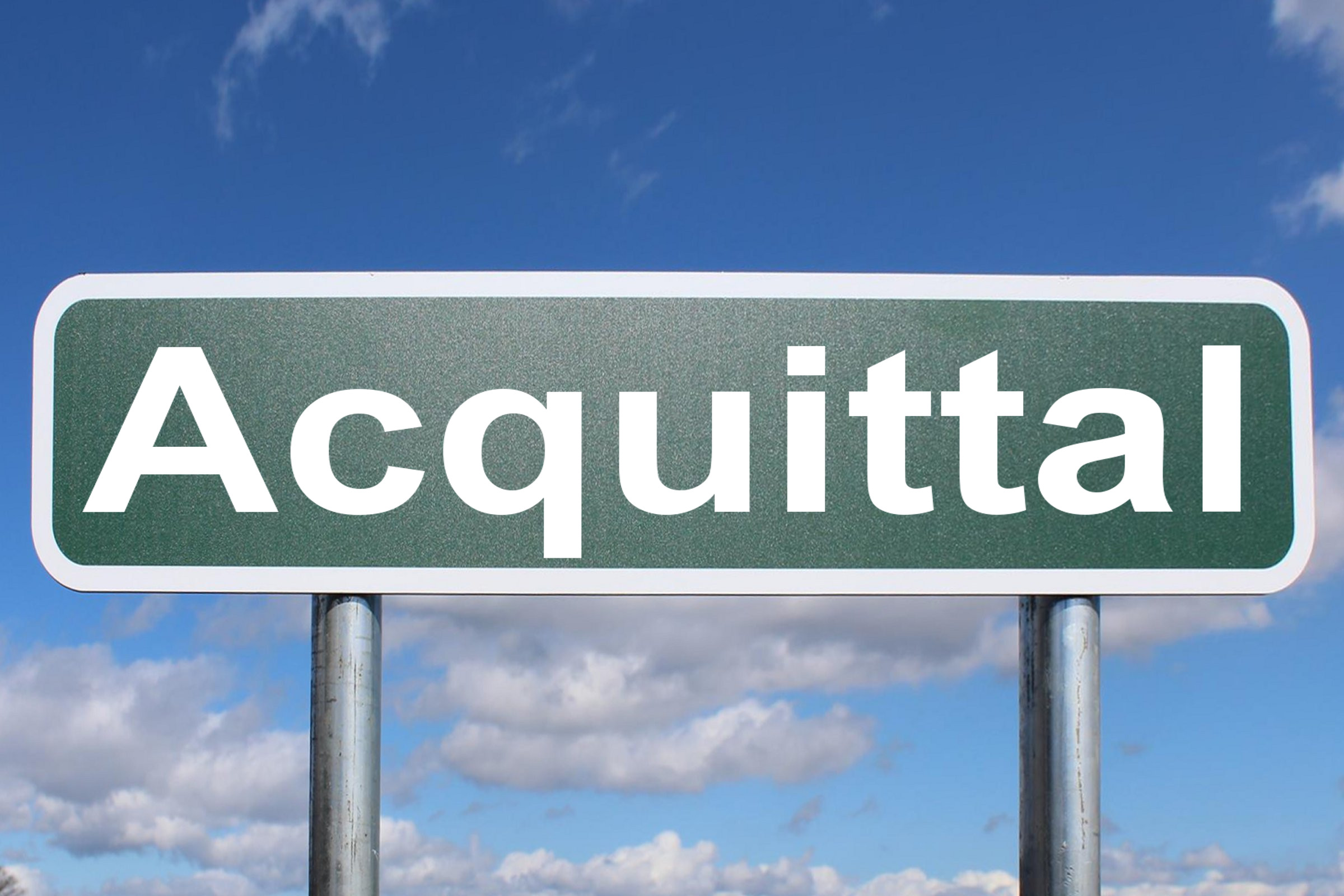 When the meeting date came, Atty. Mon with Joey in tow was early at their 9:00 AM appointment at the DSWD office. When they were shown into GMA’s room, the dialogue in the meeting started cordial until GMA asked Atty. Mon, if he honestly believes that his client, Joey was indeed not guilty. In a seeming deprecating tone, GMA asked Atty. Mon: “Attorney! Do you honestly believe that Mr. Ampeso is not guilty?”.   Atty. Mon blurted out: “Mam, do you really want me to give you an honest answer Mam?”. “Yes, of course!”, was GMA’s quick riposte.

And surprisingly, Atty. Mon said that on the contrary, he entertained doubts that Joey was INNOCENT. To this reply, GMA  inquired: “And, why did you defend him, if you doubted his innocence?”.

And Atty. Mon courteously replied: “Madame, with all due respect, Mr. Ampeso was the one who secretly issued the Marcial Bonifacio passport to the late Benigno Aquino Jr.; if not for Ninoy’s return, there would have been no SNAP ELECTION, no PEOPLE POWER Revolution, no senatorial election in 1992 and 1995; and no Vice-Presidential election of 1998. In fact, Madame, who knows, you might even be the next President of our country.”

For a moment, GMA was tight-lipped and asked  Atty. Mon: “Where is  your proof that it was he who issued the passport to Ninoy?”.

But Atty. Mon came prepared as he brought the book written by an American author and allowed GMA to peruse through the page which read indeed that it was Joey who issued Ninoy’s Marcial Bonifacio passport.

During that couple of minutes interaction between GMA and Atty. Mon, Atty. Mon told me that he saw in her eyes that GMA has a compassionate heart and that GMA truly deserves compassion now, via the grant of bail to her.

Many years thereafter, in April 2009, GMA staged a state visit to Dubai where  Joey was appointed as Consul. As is usual during the arrival honors, dignitaries and the diplomatic community would line up to greet the arriving President. Perhaps, Joey was of the belief that either GMA has forgotten him or that his alleged transgression was already totally forgiven. When it was Joey’s turn to shake hands with GMA, it was told  that GMA with a restrained frown on her face, sort of blurted out: “WHY ARE YOU HERE?” and GMA summoned Sec. Romulo inquiring why Joey was appointed Consul in Dubai. Well, Sec. Romulo reportedly said: “Madame President, you must have signed his appointment.” END OF MY STORY.